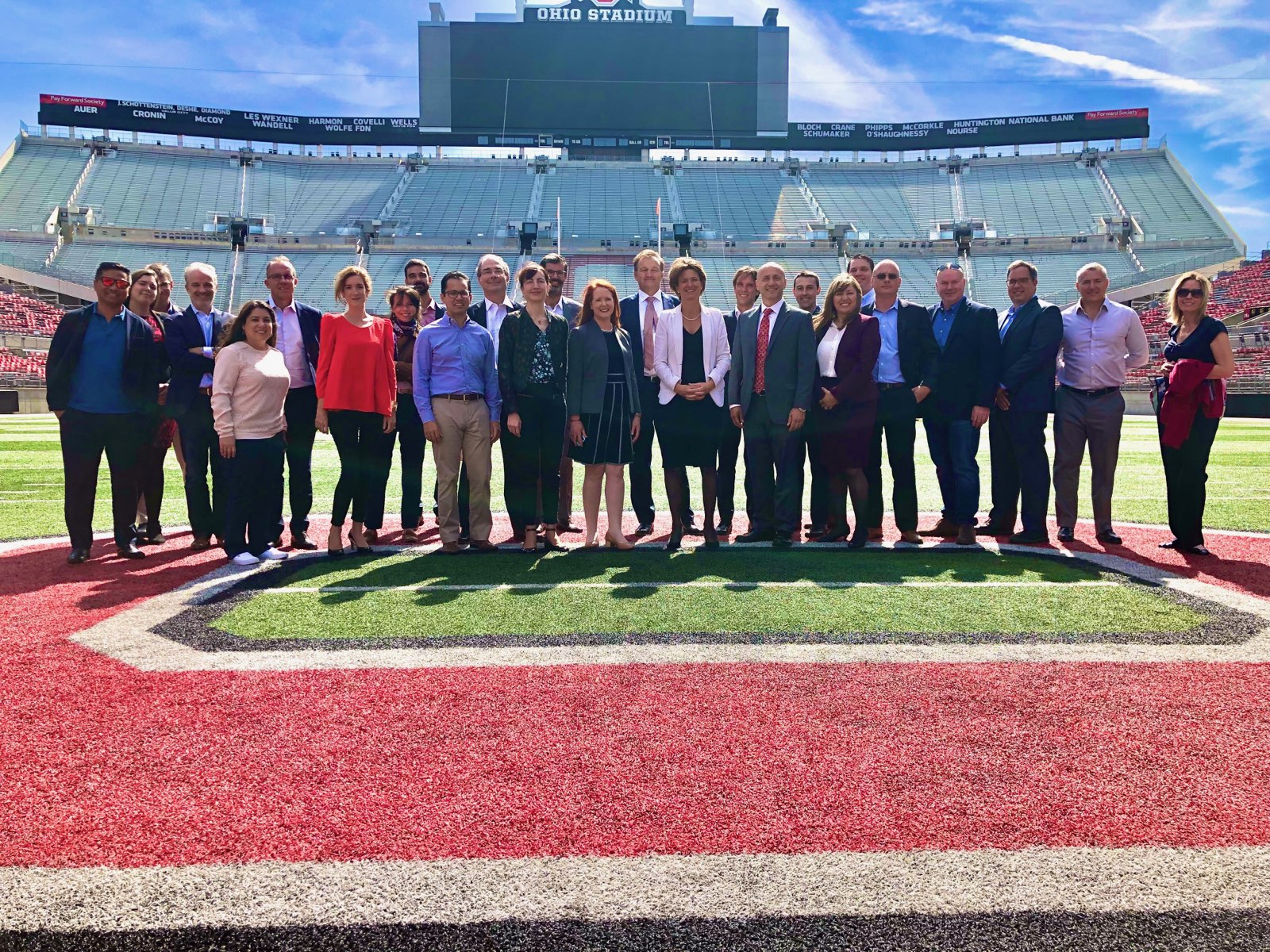 COLUMBUS, Ohio – Isabelle Kocher, ENGIE’s Global CEO, visited The Ohio State University on Sept. 25 to meet with Michael V. Drake, President of Ohio State and celebrate the 50-year partnership ENGIE has with the university to operate, maintain and optimize the university’s utility system at the Columbus campus.

Kocher was joined by Gwenaelle Avice-Huet, CEO of ENGIE North America and other members of ENGIE’s executive team to see Ohio State’s campus, meet with university leaders, connect with ENGIE’s team in McCracken Power Plant and speak to a leadership class of freshmen engineers.

During her presentation, Kocher thanked the students for the initiatives that put pressure on older generations to make a change for the good of the planet. Kocher answered questions from the students, most of which were based around career growth and development within sustainability and engineering fields.

Additionally, the group was welcomed with breakfast on the 11th floor of Thompson Library, lunch at McCracken Power Plant, a bus tour of the campus as well as a stop at Ohio Stadium for a view from the 50-yard line.

The university and ENGIE are moving towards the shared goal of carbon neutrality. ENGIE’s strategy, in conjunction with the university, will implement a 25% energy efficiency improvement within ten years.