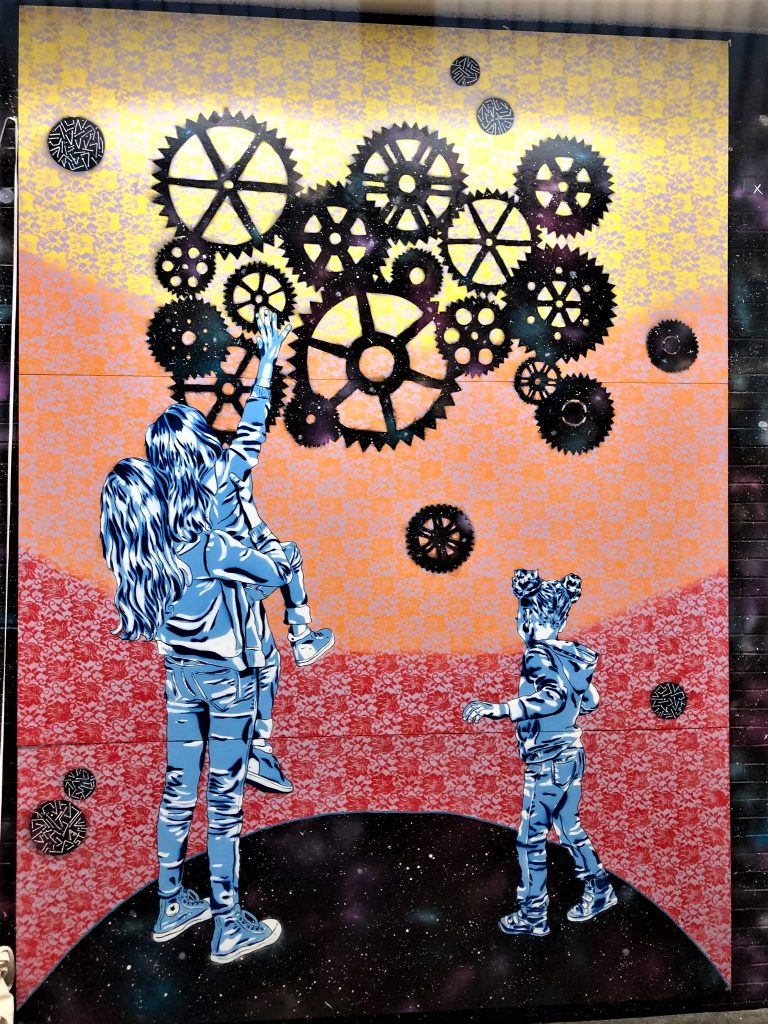 COLUMBUS, Ohio – Stephanie Rond, an Art Makes Columbus featured artist since 2015 and internationally known street artist, will be unveiling her newest mural at ENGIE’s offices on the campus of The Ohio State University on Thursday, May 9 at 4 p.m. in the McCracken Power Plant, 2001 Millikin Rd., Columbus, OH 43210.

ENGIE is thrilled to support Stephanie Rond with this mural as a distinguished Columbus artist and alumna of Ohio State. Her campus roots poised her as the perfect candidate for this unique project. Rond’s colorful and feminist street art can be seen throughout the Columbus community and her themes connect with younger generations for the progressive values portrayed. Her work shares values like drive, commitment, daring and cohesion with ENGIE. Several of Rond’s pieces are featured in the foyer within ENGIE’s office and visitors to the McCracken Power Plant will be able to see the mural in its industrial habitat.

“As a street artist I enjoyed adding art to this industrial setting. I love that my message will be seen for years to come, paired with a company like ENGIE that embraces progressive ideas,” said Rond.

You can learn more about Stephanie here: https://www.columbusmakesart.com/stories/stephanie-rond

ENGIE and Axium Infrastructure joined forces in 2017 to form a joint venture known as Ohio State Energy Partners (OSEP). This partnership, the first of its kind in North America, was awarded a 50-year concession of The Ohio State University’s utility systems that heat, cool and distribute power to the Columbus campus. OSEP has committed to meet the university’s energy sustainability goal by improving the campus’ efficiency by a minimum of 25% by 2028. The company also has committed $150M in academic collaboration funds that will further support the university’s academic mission.

ENGIE is an international energy firm based in Paris, France with a range of energy businesses in the United States and Canada, offering retail and commercial energy services to a variety of customers. Business lines include retail electricity, energy services, natural gas, power generation and more.